I have been struggling of late
With the little delight oft known as housework
Being away from the cottage for chunks of the week
I arrive home and basically want to do nothing
Especially not the housework
And so things have been left undone
Standards have slipped
I momentarily considered employing a cleaner
Though I don't actually mind cleaning myself
So lists have been made
A daily task list
A weekly task list
A fortnightly list
A monthly list
Just got to love a list!
Anyway so far it appears to be working
The psychology of being able to tick things off
Has mystical powers
Of persuasion and reward
The persuasion being the nudge to get a move on
The reward being able to strike the magical tick
Satisfying
Especially when this morning
I exerted a lot of effort scrubbing the kitchen floor
On hands and knees
Elbow grease resulted in a momentarily clean floor
So after an afternoon spent with my eldest daughter
And grandson
Whilst son in law helped hubby outside
We had a treat for tea of Chinese
To celebrate her first birthday as a mother
To this little chap 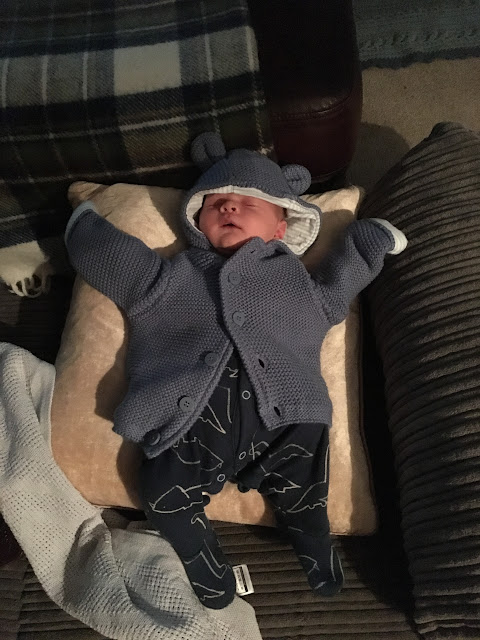 Once again time has run away...
The above was typed up on Saturday
I have been having major issues with trying to blog
Blogger doesn't like my iPad at all
And our little internet connection speed we have
Doesn't often allow me to use this ancient laptop
Apparently born in 2012 it is a dinosaur!
I am unable to even comment on your lovely blogs at the moment
On my iPad anyway
So my apologies if I am quiet
I am reading and nodding in agreement
Or oohing at lovely photos
This little gem was growing in the woods
So I considered it would have been rude not to take a photo
And then mess with it just for fun 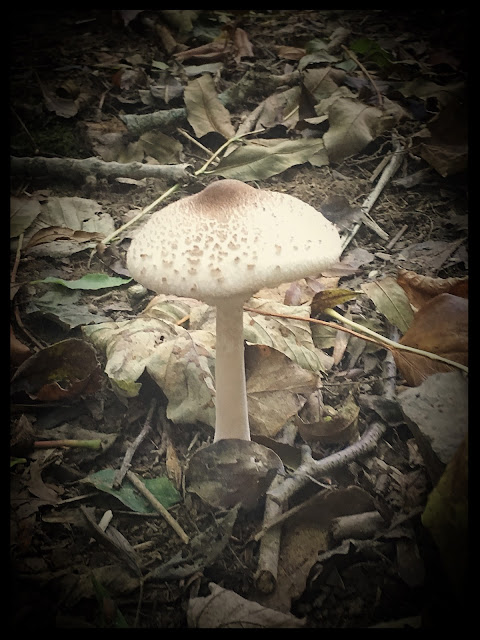 Lots has been happening here
I have managed to get another job
One that doesn't involve travelling for miles and miles
However for now I shall be keeping my other job also
We have a roof to pay for you know!
But I will be slowing down after that
Especially come next autumn
When I will probably be looking after his nibs
For one day a week

Hope you can all still blog and comment
As your fancy takes you
Perhaps you are all using sensible computers
With super fast connection speeds!

To Whoever Happens Upon This

Welcome to this little corner of bogland...however you happened upon me I hope you feel inclined to pull up a chair for a while and make yourself at home...the kettle is probably on...at least if I am at home...and there is sure to be something either in or fresh from the Aga. If I am not at home, peeking through the windows past the tartan curtains is likely to find you coming face to face with a pair of mischevious kittens...Kitty and Wilbur.